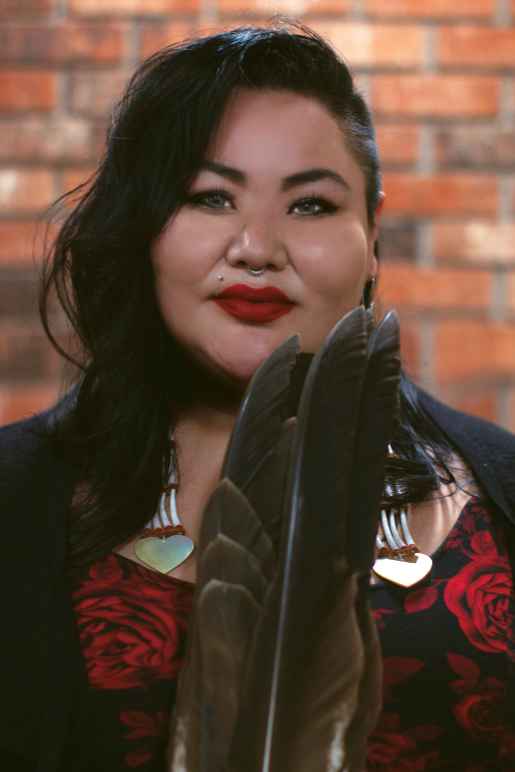 Candi Brings Plenty doesn’t just embrace change. She has a history of making it happen.

As the indigenous justice organizer for the ACLU of South Dakota, Candi works to build the ACLU’s public education and advocacy programs through coalition-building, leadership development, communication, and lobbying. She leads the efforts surrounding the ACLU’s NoKXL, NoDAPL, MMIW, and Two Spirit visibility work. She is also the organizer for all West River ACLU campaigns in South Dakota.

Candi, who identifies as Two Spirit – a modern umbrella term for indigenous people that recognizes there are multiple genders and that sexuality can be fluid – is a lifelong advocate for justice. As a Lakota cultural practitioner and through her spiritual activism, Candi works to bring her medicine to the Oyaté and advocates especially for the empowerment and visibility of Two Spirit warriors to reclaim their walk of life in the sacred circle.

Prior to joining the ACLU of South Dakota, Candi was the campaign adviser and executive proxy for the tribal president of the Oglala Sioux Tribe and the executive director of the EQUI Institute, a trans and queer health clinic, in Portland, Ore. She was also the founder of the Two Spirit Nation and led the Two Spirit encampment at Standing Rock for 11 months during the peaceful prayer movement against the Dakota Access Pipeline.

Candi has a bachelor’s degree in Native American studies with an emphasis on tribal laws and treaties. She completed her graduate certificate in public and nonprofit management and pursued her master’s degree in public administration from Portland State University in Portland, Ore. Candi is an Oglala Lakota Sioux tribal member and a direct descendent of Crazy Horse’s Band. She grew up in the Black Hills and on the Pine Ridge Reservation, she is deeply rooted in her Lakota culture, spirituality, and language.

Candi will make uncharted impacts within the ACLU while engaging her indigenous communities to empower their civil liberties.

South Dakota should leave politics out of the classroom

One Person, One Vote: Where South Dakota Draws the Line

South Dakota's Redistricting Process Should Be Fair and Equal

Relationships are key to Indigenous Justice in South Dakota

Figures in the Suffragette Movement You May Not Know

Good Relationships Are Better Than Lawsuits

What do you want to see the ACLU do in South Dakota?