Our Voices Won't Be Silenced: Will Yours?

We’re disappointed, and we know you are, too.

Last week, just days after its last-minute introduction by Governor Kristi Noem, the South Dakota Legislature passed Senate Bill 189, legislation that threatens freedom of speech and takes aim at protests that could occur around the Keystone XL pipeline.

Immediately following this decision, nearly 200 ACLU supporters took action to defend their constitutional rights and contacted state legislators about Senate Bill 189. While the outcome to follow wasn't favorable, it’s important to know the effort did not go unnoticed.

Decisions made during the annual sessions of the South Dakota Legislature have a deep and lasting impact on our state’s people and communities. We are currently weighing all options regarding Senate Bill 189 to ensure the First Amendment rights of South Dakotans are upheld.

Our voices won’t be silenced. Will yours?

Sign up to volunteer with us as we continue to protect free speech and the right to protest in our state. 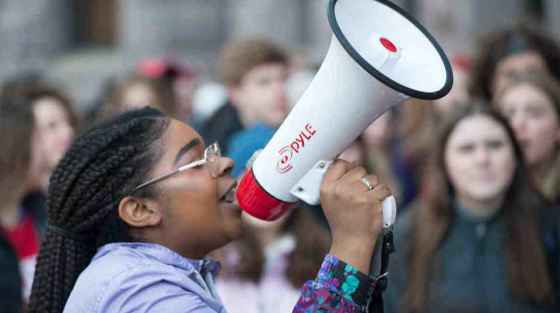