Stream 'Plan B' on Hulu

'Plan B' shares the story of a road-trip to get sexual and reproductive health care, a common experience for many South Dakotans.
By Janna Farley, Communications Director, Communications 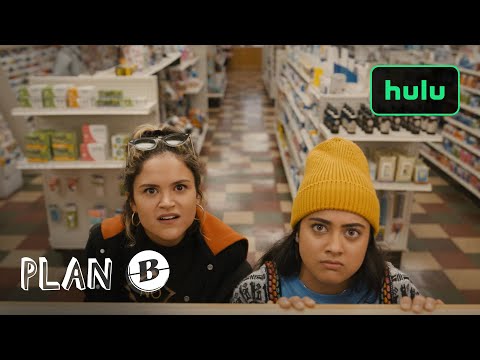 Time to get out the popcorn! Summer movie season – whether on the big screen or streaming at home – has officially begun.

For most South Dakotans, it’s a thrill to see their state pictured or mentioned on the big screen. Think Kevin Costner’s epic “Dances with Wolves” or Pauly Shore’s slapstick rom-com “Son in Law” or the recent Academy Award-winning “Nomadland,” just to name a few.

The comedy “Plan B,” which recently debuted on Hulu, joins the ranks of films with a South Dakota storyline. “Plan B” tells the story of two teens who embark on a road trip through South Dakota in search of the morning-after pill after a condom breaks. The teens cannot access the Plan B pill on their own because of the state’s law allowing pharmacists to deny medication to South Dakotans. South Dakota is one of six states in the country that has a “conscience clause” regarding emergency contraception. A pharmacist can refuse to give Plan B to any patient – including adults.

“Plan B” isn’t meant to be a lecture on reproductive rights. It’s a sharp-witted summer road-trip adventure movie. But that it happens to take place in South Dakota, one of six states with only one abortion provider, is a reminder that the work to ensure that people can make the best decisions for themselves and their family without undue political interference is far from over.

In fact, South Dakota law limits emergency contraception, birth control, even condoms. The laws limit access to minors the most, and it makes it really, really hard for South Dakotans to get the health care they need. The movie is a comedy – and there are lots of funny parts – but the issues are serious. South Dakotans have to face these hurdles to health care every single day.

Just this year, South Dakota legislators passed two extreme anti-abortion bills – one that would require doctors to give false and misleading information to patients about a so-called “abortion reversal” and one that would ban abortions based on a prenatal diagnosis of Down syndrome, judging the reason someone seeks a safe, legal abortion.

Instead of devising new ways to attack reproductive rights with extreme legislation every year and politicizing heath care, politicians should be focusing on protecting the health, rights and well-being of all South Dakotans.

Don’t Underestimate the Power of Protest

We Need the PUMP Act to Protect Nursing Workers Like Me

Police Are Using Newborn Genetic Screening to Search for Suspects,...

Sharpen Your Skills as an Advocate Today

Our Bodies, Our Futures: South Dakotans Continue the Fight for...

Two Generations of Reproductive Rights Advocates on Life After Roe