People who typically don’t get involved in politics have signed on to letters calling for the Governor to veto House Bill 1217.
By Jett Jonelis, Advocacy Manager, Advocacy

Shortly after legislators passed House Bill 1217 last week, Gov. Noem tweeted that she was “excited to sign” the bill that would ban transgender women and girls from competing on athletic teams that match their gender identity.

But at a press conference just a few days later, she took a more cautious tone, stating that she’s still weighing the options.

Will she? Won’t she? It’s the million dollar question – quite literally, when you consider the economic impacts House Bill 1217 could have on South Dakota if signed into law.

The ramifications of House Bill 1217 go far beyond economics, however. That’s why hundreds of counselors, faith leaders, doctors and medical students throughout the state – people who typically don’t get involved in politics – have signed on to letters calling for Noem to veto House Bill 1217. 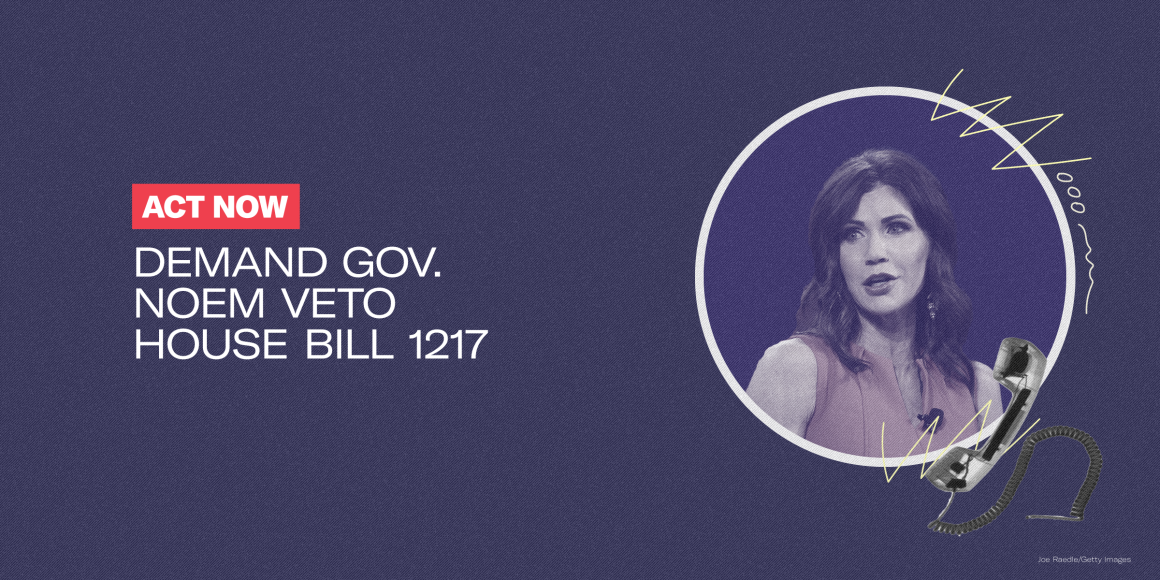 Gov. Noem needs to hear from you, too. Contact her today – by phone or email – and ask her to veto House Bill 1217.

Fairness in Women’s Sports Won’t be Achieved with New Coalition or...