Methodology: David Binder Research conducted 1600 telephone interviews between October 24th and October 30th, 2017 by cell phone (46%) and landline (54%). Interviews were conducted in English and Spanish, with 14% of interviews among Latino voters conducted in Spanish. Margin of sampling error is ± 2.5%.

Voters nationwide express strong support for prosecutors who believe in reducing mass incarceration and addressing systemic racial bias in the criminal justice system, and who are committed to transparency and accountability.

Voters nationwide express strong support for prosecutors who believe in reducing mass incarceration and addressing systemic racial bias in the criminal justice system, and who are committed to transparency and accountability.

Not only do voters express support for policies and values that are very different than the views held by most current prosecutors, voters are willing to back up this support by supporting candidates in elections who share these views.

There is substantial bipartisan support for top prosecutors who are committed to reforms, as well as geographic support throughout the country. While it may be expected that Democrats are more supportive, majorities of Republicans support reform minded values and practices for their prosecutors, as do voters in small towns and rural areas, in addition to urban and suburban backing.

After decades of “tough on crime” messaging, reinforced in practice by prosecutors nationwide from across the political spectrum, it is striking to find such large majorities in support of prosecutorial reform. Voters’ are clear in supporting a shift in the culture in the office of the prosecutor, and are willing to elect new candidates who share their views.

There are three overarching, consistencies in voters’ nationwide expressing support for a reform-minded prosecutor:

Voters feel it very important that prosecutors work to reduce incarceration, and, when given the choice, strongly prefer alternatives to prison over putting people who commit crimes in prison. 2

An overwhelming majority (89%) of voters say it very important for their prosecutor to prioritize decarceration by using alternatives to prison, with a majority (53%) saying it is very important. The importance placed on this has striking bipartisan appeal, with the vast majorities of Republicans (83%), Democrats (94%) and Independents (92%) in support. Across the country, in every region, no fewer than 86% of voters place an importance of this priority.

A majority of voters (51%) support prosecutors who use alternatives to prison such as requiring people to pay restitution to the victim for the harm caused, participate in mental health or drug treatment, or do community service. Less than one-quarter (24%) of the electorate support prosecutors who prioritize putting people who commit crimes in prison to deter repeat offenders and removing people who commit crimes from our community. (The remainder say both, neither or unsure.)

Voters are overwhelming looking for an elected prosecutor who commits to reducing racial bias in the criminal justice system.

88% of voters are more likely to support the election of a person as prosecutor who believes in actively working to reduce unequal treatment by race in the criminal justice system, and 70% overall say they are much more likely to support this person. There is consistent, strong bipartisan support, and support across urban, suburban, small towns and rural areas.

Not surprisingly, given voters’ desire to support a person who commits to reducing racial bias, 91% of voters also feel it is important for a prosecutor to prioritize reducing instances where people are treated unequally in the criminal justice system because of their race. This includes 90% of White voters, 90% of Latino voters, and 95% of African American voters.

Voters overwhelmingly want their prosecutor to be more transparent to the community and to hold their own staff and police officers accountable.

85% of voters are much more likely to support a prosecutor who believes in making a prosecutors’ decisions transparent by sharing data, information and policies with the public. Overwhelming majorities agree across every subgroup, such as party registration, region, ethnicity, age, and gender.

In addition to transparent practices, the vast majority of voters would also be more likely to support a prosecutor committed to accountability for both their own staff and police officers alike. 66% of voters are much more likely – and 88% are more likely in total – to support someone who believes that a line prosecutor who engages in misconduct should be held accountable.

Similarly, 79% of voters nationwide are much more likely to support a prosecutor who believes they have the responsibility to hold police officers accountable if they break the law.

Support for a prosecutor committed holding both their own staff and police officers accountable is strong across all major subgroups, including party identification and region. 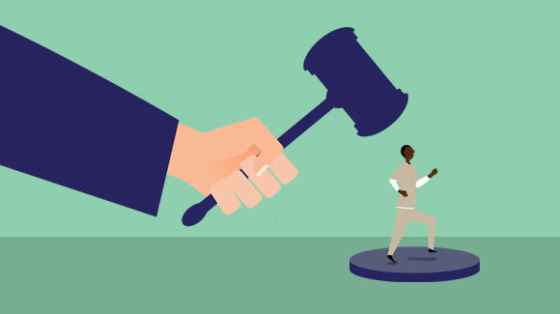