Both are blatant threats to freedom of speech and the right to protest.

Governor Noem claims the intent is to “ensure the Keystone XL pipeline and other future pipeline projects are built in a safe and efficient manner while protecting our state and counties from extraordinary law enforcement costs in the event of riots.”

It is clear that these bills are taking aim at protests that could occur around the pipeline.

The right to join with fellow citizens in protest or peaceful assembly is critical to a functioning democracy and at the core of the First Amendment. Unfortunately, in this case, government officials are attempting to violate this right through means intended to thwart free public expression sometimes by casting or framing protected speech as riotous. Based on Governor Noem’s statement, it’s clear that she’s taking aim at the protests that could occur around the Keystone XL pipeline.

At best, these bills are entirely unnecessary. At worst, they are meant to chill speech.

Additionally, the last day for a bill or joint resolution to pass both houses is Thursday, March 7. Introducing new legislation on the 33rd day of the legislative session is incredibly problematic. If the rules are suspended to allow for Noem’s bills to proceed without a committee hearing in order to meet that deadline, the public may not have a chance for input.

South Dakota’s legislative process needs to be followed and respected. That means making time for a vital part of our democracy; public input. The voice of the people must be able to be heard in a meaningful way, and taking that opportunity away from South Dakotans is a subversion of our entire democratic process.

Lastly, take note that the construction of the Keystone XL pipeline is currently on hold.

A ruling by U.S. District Court Judge Brian Morris in November 2018 found that the Trump administration failed to conduct required environmental review studies prior to granting TransCanada approval to construct the Keystone XL pipeline. Judge Morris blocked TransCanada from constructing the pipeline and, in a subsequent ruling, also prohibited the company from engaging in any activities that would advance the construction until the appropriate environment reviews could be complete.

We're sending a letter to the entire legislative body, demanding action; and hope you join us.

Contact your legislators now and tell them that you don’t think South Dakota should thwart free speech and the right to protest. Vote no on Senate Bill 189. Our constitutional rights are too important not to. 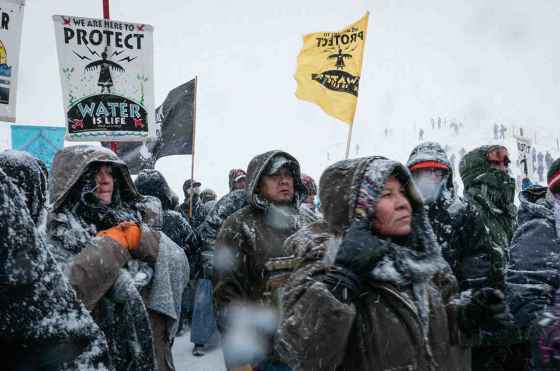 Riot boosting? Incitement to Riot? What you need to know if you’re...

South Dakota Lawmakers Consider Bills That Would Chip Away at...

South Dakota Lawmakers Consider Bills That Would Chip Away at...